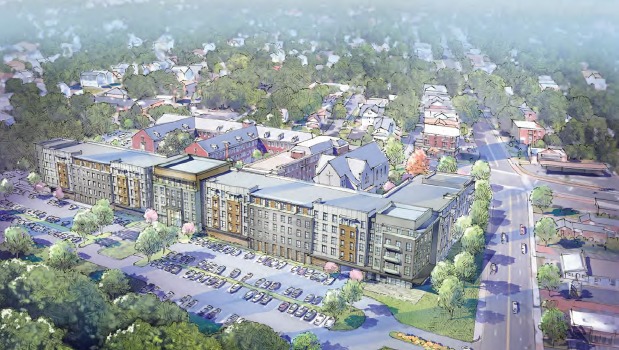 Following a 2½-hour overview of the project by developer Martin Kenny and his team, the Town Council unanimously approved his redevelopment proposal, which includes 294 new apartments and the renovation of 36 existing rooms.

Kenny said no start date for construction of One Park Place has been set, but will take 18 to 22 months to complete.

Most of the new 294 apartments will be one bedrooms, with rents starting at $1,500 per month. The rest will be two- and three bedrooms, priced $2,300 to $2,500 per month. A previous developer’s plan was for mostly two-bed units in a much larger development that was to be called Arcadia Estates.

One Park Place will offer 294 studio, one-, two-, and three-bedroom apartments vs. 310 for Arcadia Also, parking has been shaved to 441 units of surface and covered spaces.